In the last two years, we’ve watched Microsoft unveil a few game-changing moves that would have lasting implications on their design and user experience. The biggest of them all happened in 2017 when they released Fluent Design Systems. Fluent is an internal resource of guidelines and principles that aims to keep all of their apps and services in sync under one scalable design system. That means as Microsoft’s apps evolve, they will begin to look more consistent in design. For Office and Windows users, that’s great news because Fluent will help make Microsoft’s products easier to use across different apps and services.


Fluent is designed to be the successor to Microsoft’s Metro design which we’ve seen incorporated into products like the Xbox One and devices that run Windows 8. You might recognize Metro design if you’ve ever seen the flat, geometric shapes that used to make up most of Microsoft’s interfaces. The release of Metro helped popularize flat design–a term we designers like to use to describe iconography without 3-dimensional effects. Metro became so successful that even Apple and Google joined in on the movement and incorporated flat designs into their interfaces as well. But then virtual reality and augmented reality kicked in the market. Consumers began craving for more immersive experiences and the flat design that Metro was known for became obsolete in its time. A new design system was needed to help pave way for Microsoft’s new line of products like the HoloLens—one that can bridge user experiences across multiple devices and 3D environments. As a result, Microsoft introduced Fluent and the rest is history.


Not a brand or a product


But make no mistakes. Fluent isn’t a brand or a product. Neither is it just a site with a list of rules for designers and developers to follow. Fluent is way more than that. It’s a shared, open-source system where Microsoft can constantly learn and evolve their design practices from feedback they receive from their customers, partners, and their community of developers and designers. You can actually join the Fluent community here to participate in giving feedback and help Fluent design for the future.

Designing for the Future


Since its unveiling in 2017, Microsoft has been slowly incorporating bits and pieces of its new design elements into its apps and services. You can take a look at what they’ve done in this video where you can see Microsoft introducing Fluent at work in Windows 10. Microsoft also unveiled the new Office logos this past November and the redesign looks amazing. Also, there's a rumor going around that big updates will be coming to File Explorer in Windows 10. We don’t know what it will look like but if the rumors are true, we can expect to see a complete overhaul that follows Fluent’s design guidelines. These redesigns are only the beginning. Because Fluent is constantly evolving and there is no final product, we can expect to see more changes—subtle and drastic—taking place in the future.


The modern workplace is constantly evolving, and technology continues to transform companies like never before. Fluent’s versatility and openness with their users will be critical for Microsoft to scale and design for the millions of people who use their products every day. It’ll be exciting to see the new features that are yet to come and we’ll make sure to keep you all posted. 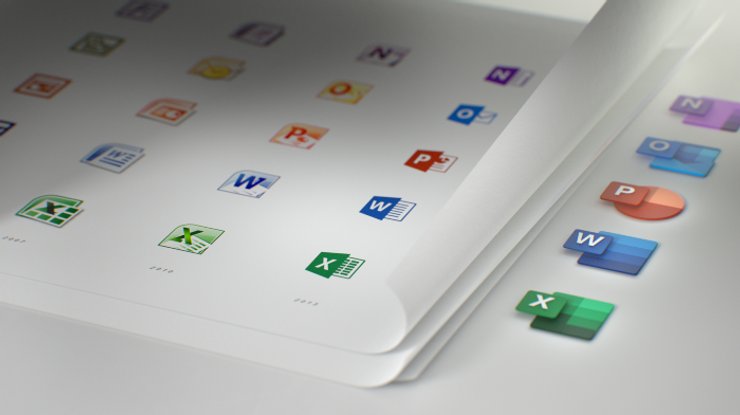