My time at the Mike Rhoades Basketball Camp

Synergy Technical was proud to sponsor and participate in the Mike Rhoades Basketball Camp for the first time this year as part of our continuation as the Official Cloud Solutions Partner of VCU Athletics. As a VCU alum and former basketball player for Coach Rhoades and the VCU Rams, I really appreciated the opportunity to be a part of this camp. Also, what made it even more special was the fact that Synergy was able to sponsor ten children to attend the camp. Part of the reason this came into existence was the relationship we have built with our community partners through our Community Outreach Program. We reached out to a partner we’ve worked with in the past to team up and find ways to empower kids in the community. We thought it would be a great idea to give some kids that might not have had an opportunity to come to a VCU basketball camp a chance to go to one. 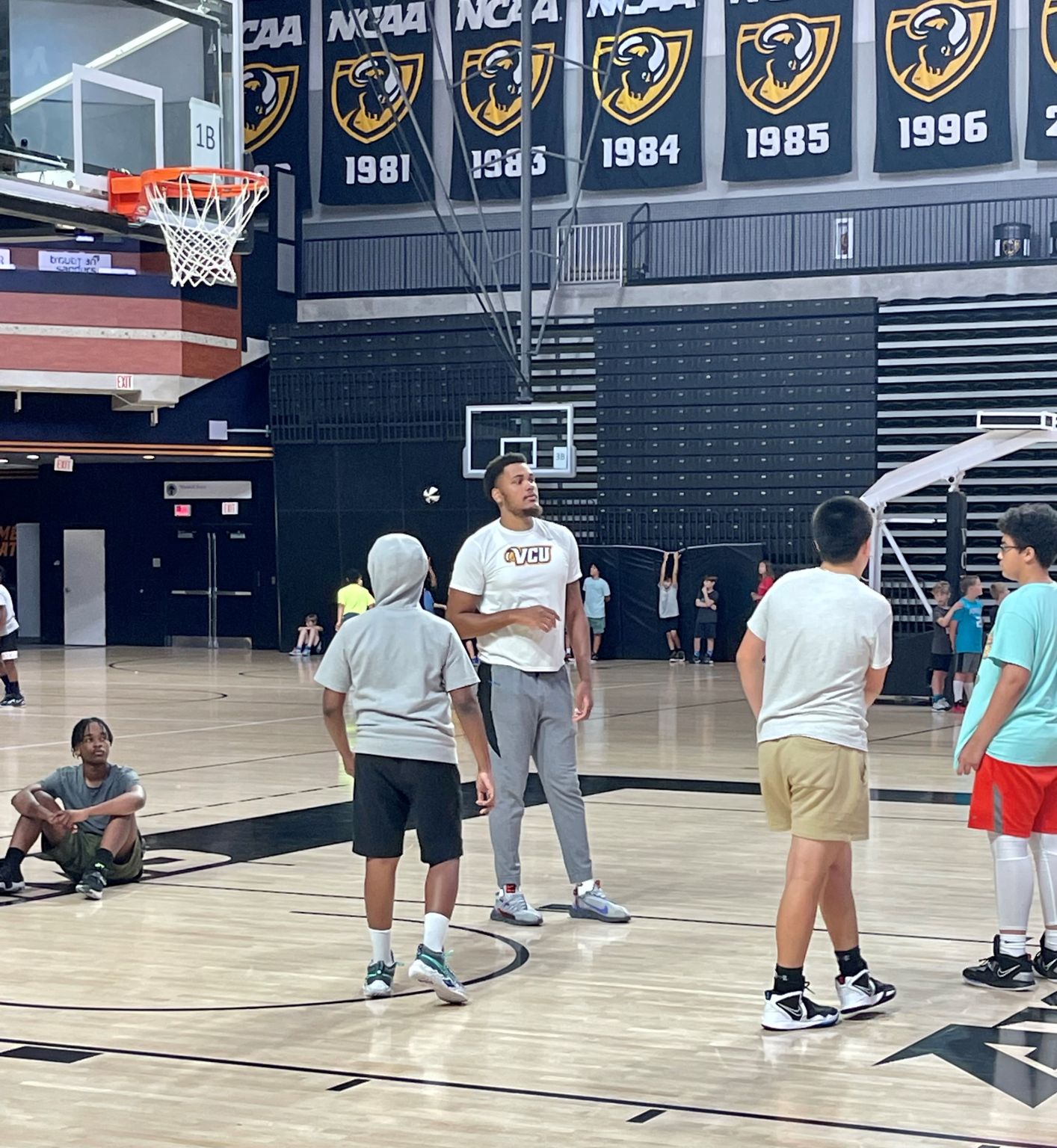 The camp was an all-day event that started at 9 am and ended at 5 pm Monday through Friday. Each camper was placed in a team according to their age group. I mainly associated with the 7th and 8th graders, who ranged from twelve to fourteen years of age. The days started off with stations that focused on specific skills at each. After stations, the kids would play shooting games, then three on three. The camp provided lunch for the campers every day, plus a concession stand with snacks, candy, and drinks throughout the day. When lunch was over, the campers would play five-on-five games for 20-25 minutes. They play 3-4 games a day, and each camper was provided with an equal opportunity to play in the games because we, as coaches, followed a strict substitution pattern. At the end of the day, randomly selected kids from each age group would get a chance to win camp prizes which included authentic VCU gear, Gift cards, coupons, etc. The camp was designed to maximize the time with each child while ensuring we focused on basketball fundamentals and sportsmanship. 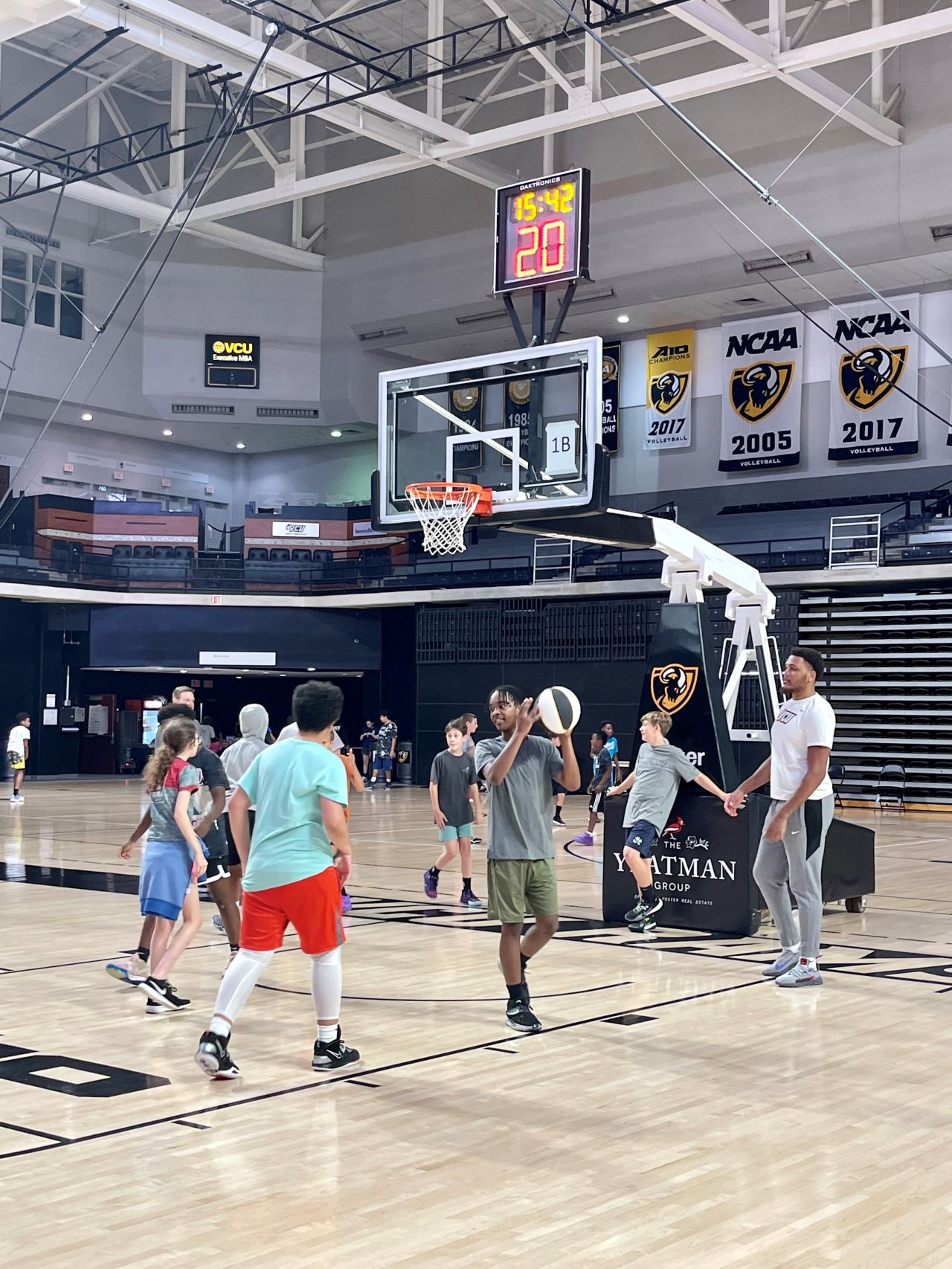 The camp involved children from ages 5 – 18. I was fortunate enough to have met and interacted with mostly all of the campers, and it was just such a great heartwarming experience to see the joy and fun that all the kids were having. During the camp, the kids got to meet current and former VCU basketball players like Nah’shon “Bones” Hyland (Denver Nuggets), Vincent Williams (Memphis Grizzlies), Adrian “Ace” Baldwin (VCU), and many more.

Being on the other side at professional events like these was a new experience. It was fun being recognized still by kids but getting them to understand that I am in the real world now was challenging. Overall, I had a wonderful time at Mike Rhoades Basketball Camp. I made so many new friends and met some incredible children. One thing I learned from this camp that I will take with me is just waking up every day with the joy and sense of happiness those kids came with every day of the camp. It was so inspiring to see. It gave me no choice but to replicate the same energy towards them. I hope this had a lasting impact on the children involved because it truly made an impact on me. 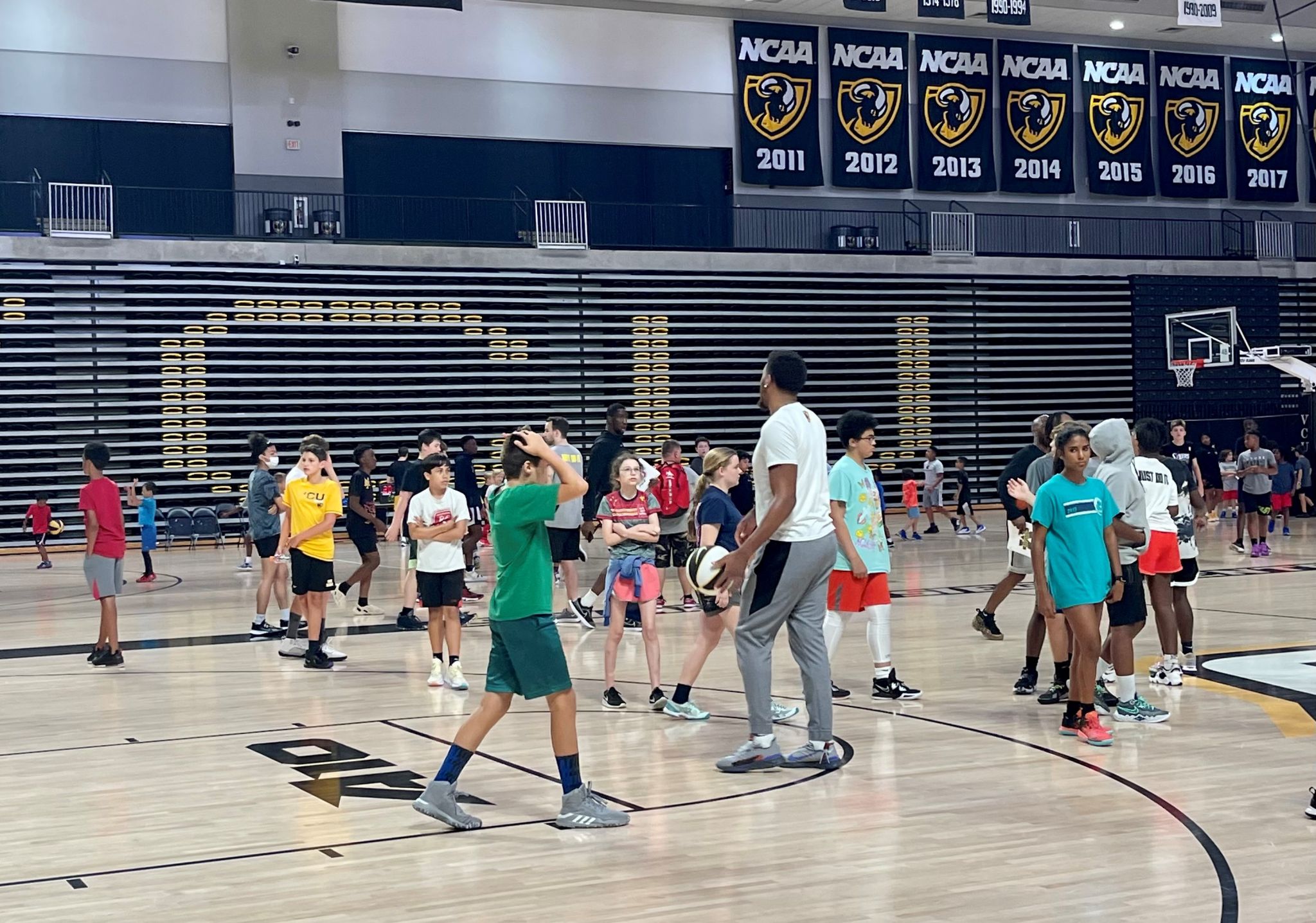 Basic Authentication Will Be Disabled for Exchange Online in October

IT Outsourcing vs. Managed Services